Skip to main content
By School of Dentistry - November 6, 2014 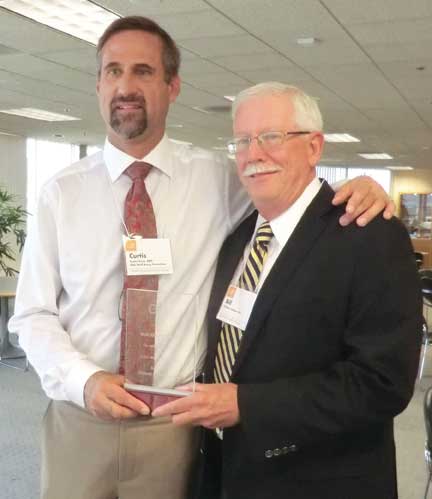 The Gale Kloeffler Award was established in 1995 to recognize volunteers who have demonstrated outstanding service to the CDA Well-Being Program. From across the state, regional Well-Being committees submit nominations and the CDA Well-Being Committee selects the ultimate recipient.

It was the second consecutive year that the Award was received by an LLUSD alumnus. Last year’s winner was Ronald Fritz, DDS’72, who has served 13 years as a Well-Being Program volunteer and seven years as chair of the SDCDS Well-Being Program, and is a past member of the CDA Well-Being Committee.

The CDA Well-Being Program reflects the Association’s concern for the effects of alcohol and/or chemical dependency on dental professionals, their families, and patients. The program provides resources to the dental community by identifying and assisting individuals who may suffer from alcohol and/or chemical dependency through its component and regional Well-Being committees. It also serves as a referral source for other disorders and impairments such as sexual addiction, Parkinson’s disorder, glaucoma, diabetes, depression, bi-polar disorder, sexual boundary issues, and etc.