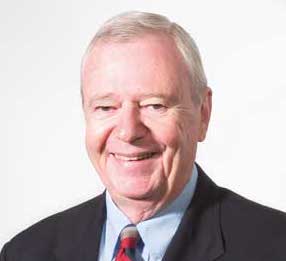 The School of Dentistry family mourns with our co-worker and friend, Dr. Edna Maye Loveless, PhD, the passing of her husband, Pastor and Professor William A. Loveless, EdD. 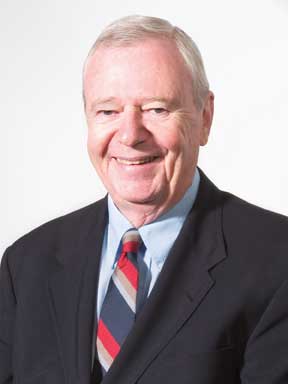 He was called “to comfort the afflicted and afflict the comfortable,” Dr. Loveless concluded early in his career as a Seventh-day Adventist minister, educator and marriage and family therapist.

Edna Maye, his wife and partner of 62 years, has retraced his life steps:

William Loveless was born on January 17, 1928, in Oshawa, Ontario, Canada, where his parents were on the faculty of Kingsway College.

His pre-professional job record portrays his varied interests. In grade school he established a carrot juice business, delivering juice by bicycle in Hinsdale, Illinois. As a teen in Glendale, he sold Sunday morning papers on Colorado Avenue in Pasadena and oversaw watering on the Glendale Adventist Hospital grounds. At La Sierra University he claimed himself “a sweeping success” as a janitor in the gymnasium, and conducted a shoe polishing business Friday afternoons in his dormitory room. Accepting occasional appointments to play his saxophone at high school dance events, he testified that he never “drank, smoked, cussed, spit, chewed or chased women”; he was there strictly for his love of music—and the $30 he couldn’t hope to make at other jobs in the 40s; however, his musical pursuits weren’t endorsed at La Sierra, so at the end of his sophomore year he was invited to matriculate elsewhere. At Walla Walla College he did Friday afternoon barbering in his dormitory room and also served with fellow student Bud Dopp as the “music department” at a nearby high school. During two college summer vacations he became third cook at Porter Adventist Hospital in Denver, retreating to the phone on occasion to ask his mother such questions as “How do you make gravy?” He continued his interest in cooking by conducting cooking schools throughout his career, as well as turning out successful meals at home.

His early interest in bird-watching brought twelve-year-old Bill an honorary membership in the LaGrange, Illinois, Audubon Society after he led members of the society on a tour of over 150 bird nests he had observed in Salt Creek woods, setting a record as the youngest member of the Audubon Society. When the fourteen-year-old surprised his parents by acquiring a pair of homing pigeons, they helped him build a loft where he housed a flock of racing pigeons. He later wrote Beating Wings, a book describing his adventures with the racing birds.

He completed a theology major at Walla Walla College, College Place, Washington, in 1949, and a religion master’s at The Seventh-day Adventist Theological Seminary in Washington, D.C., in 1953. Because of his pastoral calling, Bill’s major professor at the University of Maryland actually arranged what she called a boutique doctor’s degree for Bill, including philosophy, sociology, anthropology, psychology, and educational administration; the degree was awarded in 1964. 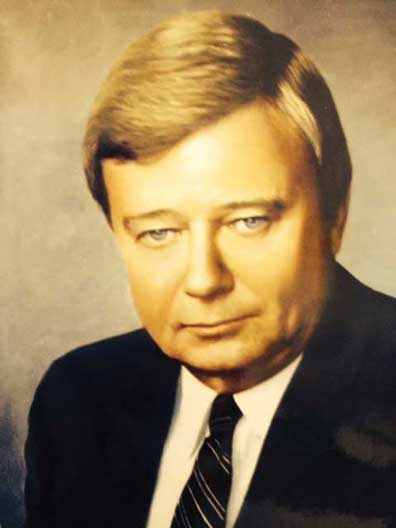 Becoming the pastor of Spokane, Washington’s Central Church in 1957, Bill took his first steps into television with a Sunday morning “Living in Balance” show. During a pastorate at Sligo SDA Church (1957-1970), Takoma Park, Maryland, Bill joined a team that climbed Mt. Ararat; co-hosted with Dr. Winton Beaven a television show, Concept, for six years on WMAL, the local ABC channel; conducted the Takoma Academy band, and initiated a student missionary program [in 1959 from Columbia Union College] that became a seminal experience for hundreds of students. The program spread to other Seventh-day Adventist college campuses, in spite of initial resistance from church headquarters.

Subsequently Bill became the senior pastor of Loma Linda University Church twice (1970-1976 and 1990-2000), president of the Pennsylvania Conference of Seventh-day Adventists (1976-1978), president of Columbia Union College, Takoma Park, Maryland (1978-1990), and also served as an adjunct professor at the University of Maryland (1964-1966), at Columbia Union College (1959-1963), at La Sierra University (1990-1994), at the University of California Riverside (1999-2001), at the Loma Linda University Faculty of Religion (1990-2000), and he also served the Department of Educational Services and Behavioral Science Section for Loma Linda University’s School of Dentistry from August 13, 2000-September 20, 2013. In addition, until September 2013 he was also active in Pathways, a Riverside marriage and family therapy practice. 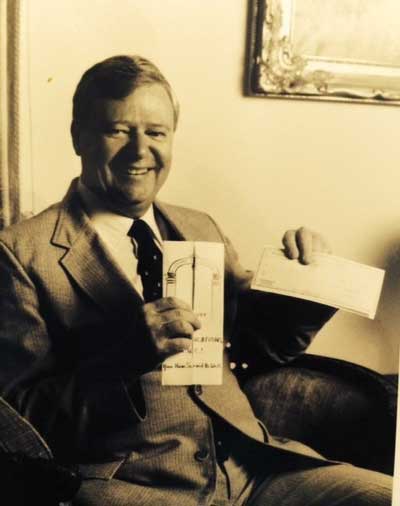 In his Columbia Union College office

A combination of intellectual and speaking gifts combined with wide-ranging reading habits made any Loveless sermon, workshop, or other speaking engagement particularly engrossing. He may have been the first Adventist pastor to consistently eschew a pulpit or lectern. 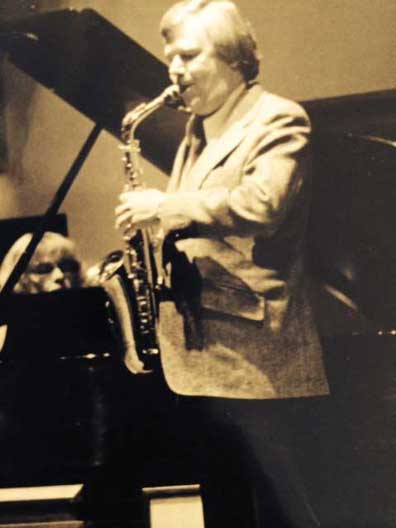 A loyal Adventist but not by nature a company man, he valued his collaborations with widening circles of interfaith and community leaders. And he had a strong sense of what was right. Before the conclusion of his ministry at the LLU Church, with the support of the Southeastern California Conference, Dr. Loveless presided, on Easter Sabbath (April 22, 2000) over the service in which Jennifer Scott became the first woman to receive the same ministerial credentials held by male pastors.

He concluded his institutional career as an educator at the Loma Linda University School of Dentistry. 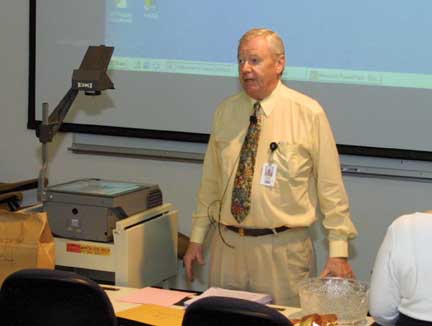 Dr. Loveless was senior pastor of Sligo Church, on the Columbia Union College campus, in Takoma Park, Maryland, when Charles Goodacre, DDS, MSD, School of Dentistry dean from 1994 to 2013, was a student there. And then while he took dentistry at LLUSD, Loveless was senior pastor of the Loma Linda University Church. When Goodacre returned to the School of Dentistry to assume the deanship after 23 years at Indiana University School of Dentistry, Loveless had returned from his presidency of CUC to lead the LLU Church again. When he heard in the summer of 2000 that Dr. Loveless was retiring from his second stint as LLU Church pastor, Goodacre knew he somehow had to get this “innovative, incredible guy” on the School’s faculty. With his unique way of approaching things, Dr. Goodacre valued his interpersonal skills and problem solving abilities. He recalls that Loveless scheduled himself in as a patient at the student clinic to best evaluate problems with the procedures and practices of the School’s patient management. “I loved his attitude,” says Goodacre.” “As a non-dentist, he contributed immensely toward program efficiency, took on many special projects, was an incredible advisor to the dean, and a key partner for so many years in strategic planning.”

The School of Dentistry’s sitting Dean Ron Dailey, PhD, writes, “It was mostly from my then office as academic dean that I was honored to appreciate Bill Loveless as a colleague and friend for thirteen years. Whether it was his wisdom and wit in a conference room, an office, or an elevator, he was a constant source of educational insights, creative solutions, and personal affirmation. He will be mourned by thousands of the School’s alumni, faculty, and staff who knew him as a stimulating pastor, forward looking educator, counselor and friend. Bill Loveless cannot be replaced.”

On behalf of LLU administration, Provost Ronald Carter, PhD, adds, “Dr. Bill Loveless has been the iconic fresh, out-of-the-box thinker in areas of church leadership and spiritual practice. His commitment to the beliefs of the Seventh-day Adventist Church was unambiguous to the careful listener; his methodologies in ecclesiology, especially regarding prayer, meditation, and preaching style, were iconoclastic.

“Dr. Loveless’s achievements as a pastor (he was twice pastor of the Loma Linda University Church), president (college and conference), teacher (band and religion), counselor, and consultant (LLU School of Dentistry) have positively impacted the lives of generations of church members and specifically Loma Linda University. His legacy is rich and our prayers are with his family especially at this time. For me, personally, he was both mentor and friend.”

Dr. Loveless retired as professor from the School’s Department of Educational Services, Behavioral Science Section, in September 2013, and maintained a private counseling practice until a confluence of health problems combined to take him on the morning of September 15, 2014.

A memorial service for Dr. Loveless will be held at Loma Linda University Church on Sunday, September 28, 2014 at 2:00 p.m. Those who arrive at 1:30 will be able to watch an audiovisual presentation of his life and service.