Skip to main content
By School of Dentistry - November 3, 2015 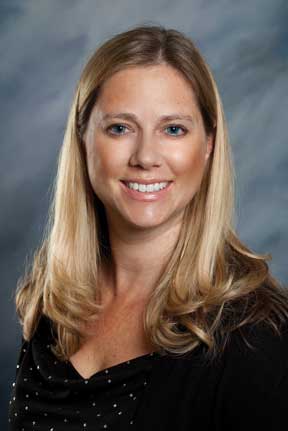 Dr. Kohltfarber has returned to LLUSD as assistant professor in the newly formed Department of Radiology and Imaging Sciences chaired by Kenneth Abramovitch, DDS, MS.

Upon graduating with her doctor of dental surgery in 2003, Dr. Kohltfarber remained with the School of Dentistry as assistant professor, Department of Oral Diagnosis, Radiology, and Pathology, to direct courses in oral diagnosis and urgent care and to lecture and provide clinic coverage in the areas of oral diagnosis, radiology, and pathology. In her private practice time she worked between 2003 and 2009 as an associate with three privately practicing Southland dentists, the School’s Dental Faculty Associates, and the Koppel Special Care Dentistry Center.

In 2009, Dr. Kohltfarber transferred as a resident to the Department of Diagnostic Sciences at the University of North Carolina–Chapel Hill. She received an NC Tracks Grant in November 2009 for research to explore salivary biomarkers in diabetic patients and a Future Faculty Fellowship in May 2011. Her master's research evaluated 2D versus 3D radiography in the treatment planning of root canal treated teeth with periapical lesions and completed her requirements for the master's degree in Oral and Maxillofacial Radiology that she received in 2012.

Dr. Kohltfarber’s interest in 3D imaging and its application to oral health care led her to apply in 2012 (and gain acceptance in 2013) to the oral and maxillofacial radiology PhD program that is a joint venture between King’s College London and UNC–Chapel Hill. Dr. Frederic Festy, senior lecturer, Department of Tissue Engineering & Biophotonics at King’s College, has directed her doctoral training while her research has been accomplished at UNC–Chapel Hill where she was a visiting scholar and now maintains the title of adjunct professor.

The thesis Dr. Kohltfarber expects to defend in 2016 is entitled “Validation and Diagnostic Efficacy of 3D Surface Models in Dentistry: Temporomandibular Joints.”

As a diplomate of the American Academy of Oral and Maxillofacial Radiology, Dr. Kohltfarber has been the managing oral and maxillofacial radiologist for Dental Radiology Diagnostics since 2013 and a Sirona 3D trainer since 2012.

Dr. Kohltfarber is particularly grateful to Loma Linda University School of Dentistry for sponsoring her trip through UNC–Chapel Hill’s master’s degree program in Oral and Maxillofacial Radiology. She recalls warmly the encouragement of then Department of Oral Diagnosis, Radiology, and Pathology chair Lane Thomsen, DDS’65 MS’74, and then associate dean, Office of Academic Affairs, Ronald Dailey, PhD, that ultimately led to her journey through advanced specialty training in oral and maxillofacial imaging.

In an earlier life (mostly high school years), Dr. Kohltfarber was a United States Youth National Champion in Arabian Western Horsemanship (1993) and National Reserve Champion Arabian for US and Canada for 1994, 1995, and 1996 when she was rated the number one Amateur Arabian Horsemen in North America.

Last and most importantly, Dr. Kohltfarber is the wife of Bobby Kohltfarber, a civil engineer with Michael Baker International, and the mother of daughters Madison and Haley, ages ten and eight respectively.