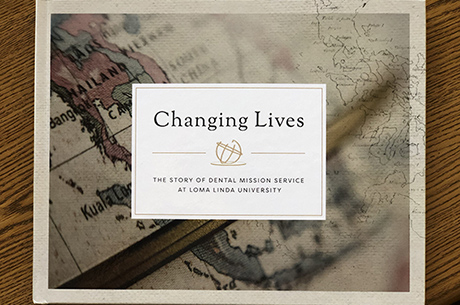 NASDAD was established in 1943 by a few like-minded Seventh-day Adventist dentists for the express purpose of encouraging the General Conference of SDA to found a school of dentistry on the Loma Linda University campus. 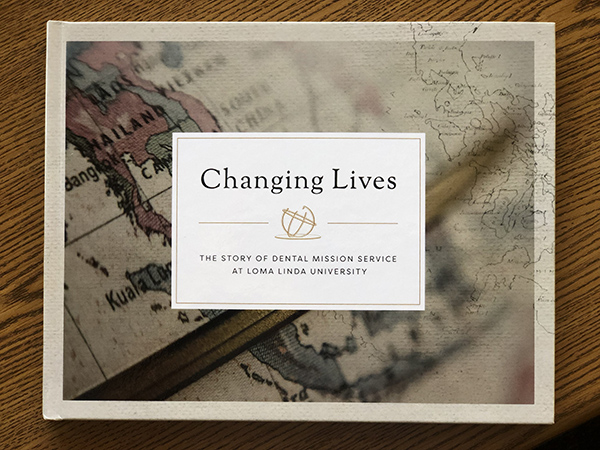 Seventy-six years later, the National Association of Seventh-day Adventist Dentists has published its first book, Changing Lives: The Story of Dental Mission Service at Loma Linda University, that celebrates the ultimate success of its lobbying effort—the extensive, compassionate, oral healthcare provided by alumni of the LLU School of Dentistry to “the least of these” all over the world.

The compelling stories captured in Changing Lives represent the realization of NASDAD’s effort not only to establish the School but of the graduates whose service embodies the reason for its establishment. Changing Lives’ stories exemplify 64 years of dental care to myriad underserved locations.

And exemplify they do. In the coffee table book’s 148, four-color pages, the service of thirty-some LLUSD dental professionals to otherwise care-forsaken places on six continents are limned by the just-so, evocative language of Edna Maye Loveless, PhD.

Changing Lives’ heartfelt stories of sometimes harrowing experiences that in every case left the objects of care so much better off than they were leave the reader wanting to know more, to hear the rest of these stories—amalgams of faith, adventure, and service.

Changing Lives may represent to some readers more than a tribute to the perseverance of these School of Dentistry alumni who have made overseas service their calling. For some LLUSD graduates it may provide the little nudge they need to reorder their priorities and say, “Send me.”