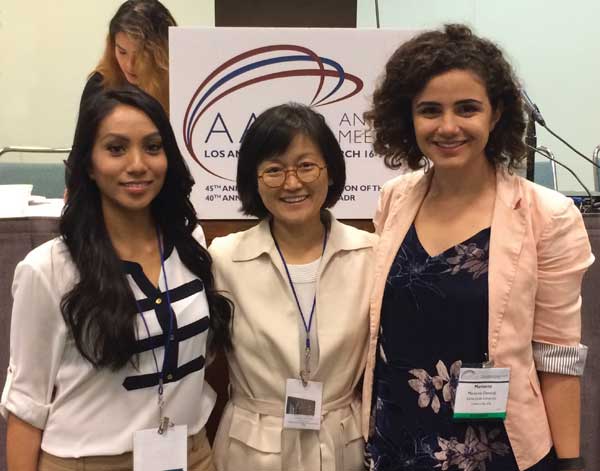 A student-run organization, the NSRG exists to foster an investigatory ethos at every dental school that nurtures students interested in dental research. NSRG is composed of a network of self-governing student research group (SRG) chapters at each dental school that is led nationally by officers elected through a majority of votes from all members. Every year the NSRG hosts an NSRG Faculty Advisors’ and SRG Presidents’ Breakfast meeting during the annual meetings of the American Association for Dental Research (AADR).

As councilor of LLUSD’s NSRG group, Ms. Demirdji organized a symposium session, with Mitra Adhami from the University of Alabama at Birmingham, titled, “Preparing for an Academic Life After Training.”