Big cats in captivity enjoy at least one advantage over their independent relatives: access to free dental care—sometimes even that of specialists such as endodontist Roderick William Tataryn, SD’89, MS’94.

Recently this School of Dentistry alumnus was asked to perform two root canals on a famous Barbary lion. Zamba, the former MGM actor and source of the studio’s trademark movie-opening roar, was suffering at his retirement placement in Cat Tales Zoological Park from the result of two right canine teeth broken off at the gum line, exposing the nerves. The tissue around the lower cuspid tooth was infected and puss laden.

Another video from The Spokesman-Review

Dr. Tataryn was chosen to treat the 650-pound lion, not only for his proximity and professional expertise, but because he had a portable root canal surgery setup. Nevertheless, he had to special order 5-inch files to clean and shape the canal systems sufficiently deep to treat Zamba’s compromised teeth, the largest dental procedure he has ever attempted. 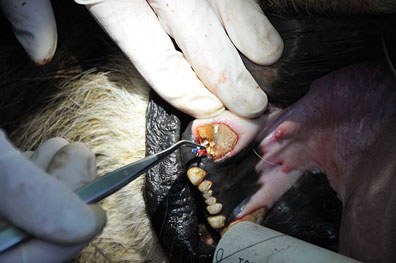 Mike Wyche, Zamba’s keeper at Cat Tales, put the lion to sleep with a shot to the flank from a dart gun, and eight workers and volunteers moved the cat to a makeshift operating table where Dr. Brian Hunter put the temporarily sedated animal under general anesthesia for the three-hour procedure. 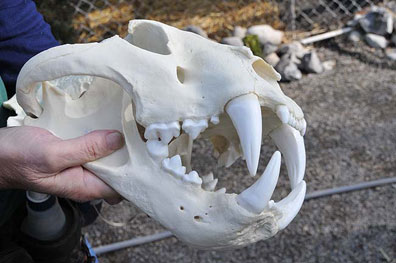 With relief from his oral misery, Zamba’s disposition has returned to the norm that allowed him before his retirement to appear in movies such as Gladiator, television specials like NBC’s Noah’s Ark, and commercials, such as one for Right Guard that featured Bret Favre. 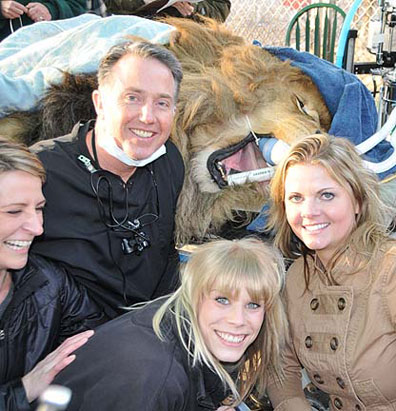 Zamba’s home, Cat Tales Zoological Park, was founded and licensed as a zoo in 1991 primarily to rescue and nurture big cats. Cat Tales is also home to the Zoological Training Center, the only school in North America that teaches exclusively zoo keeping as a state licensed trade school. Cat Tales boards a menagerie of animals that include bears, snakes, geese, parrots, lizards and goats. But it is nearly 50 large cats (lions, tigers, pumas, panthers, lynx, leopards) that are the park’s biggest attraction and who eat the “lions share” of the roughly 15,000 pounds of food its guests consume each month.

Zamba’s British Columbia born and raised endodontist, Rod Tataryn, graduated from Walla Walla College, and earned his DDS degree from Loma Linda University in 1989. He returned to his alma mater for a two-year post-graduate residency in endodontics for which he received a Masters of Science degree in 1994, and then established Tataryn Endodontics in Spokane, Washington, where he continues to practice.

Dr. Tataryn has participated in research and published scientific and clinical articles in the field of Endodontics. He is a contributing author to the Sixth edition of Ingle’s “Endodontics.” With his wife Carol, Dr. Tataryn is raising their four sons: triplets—Alexander, Nicholas, Christopher, and Zachary.