Six years ago, Raeleen Whitt, the 16-year-old daughter of Colleen Whitt, DH’79, assistant professor, Department of Dental Hygiene, was diagnosed with Acute Lymphoblastic Leukemia (ALL). Six years later she writes about life “on the other side of the needle,” about feeling as if she has “completed an internship in pediatric oncology.”

Raeleen began chemotherapy in January 2007 and it continued for two and a half years. Much of this time, Raeleen was confined to a pediatric oncology hospital ward due to complications from chemotherapy and immunity-suppression. She missed her Junior and Senior year of high school but was able to graduate by working through the Corona-Norco school district’s home/hospital program. 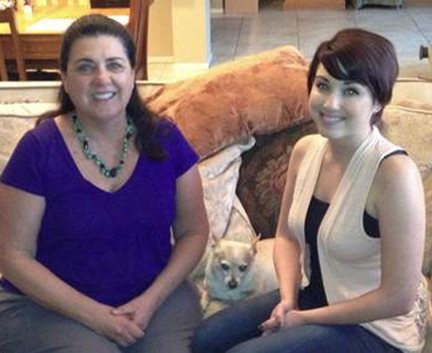 Raeleen with her mother, Colleen

The prospective nursing student enrolled at California State University—San Marcos in September 2008, while continuing maintenance chemotherapy. She completed those treatments and continued into her sophomore year cancer and chemo-free. Raeleen transferred to Cal Baptist University (Riverside) in September 2010 for her junior year. It was the day after her 21st birthday and after returning to the classroom, leukemia returned. Her oncologist prepared her for two more years of chemotherapy at even higher doses than before, ending October, 2012. A bone marrow transplant was another option, but no bone marrow “match” was found. 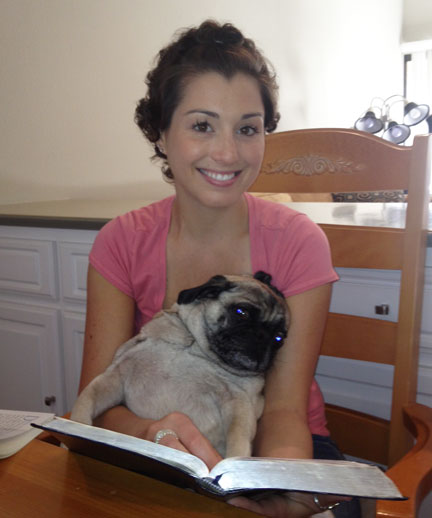 Despite these setbacks, Raeleen has returned to Cal Baptist University, determined to earn that elusive nursing degree, a career she chose after spending much of the past six years in the hospital. Her goal is to become a pediatric oncology nurse and care for the children who suffer much as she has.

Using the name “Team Fuzzy,” the Whitt family (Raeleen has older siblings: brother, Derek and sister, Starleen) has been involved with the American Cancer Society’s “Relay for Life” for the last six years. Last year’s event raised about $10,000. This year, “Sozo Jazz,” a big band, has a concert planned for the fundraiser. Raeleen’s dad, Vern, plays trombone with Sozo Jazz. The Whitt family rents the venue, arranges for homemade desserts to be served at a reception following the concert, and donates 100 percent of the proceeds to the American Cancer Society. This year’s “Team Fuzzy” fundraiser will be held on Saturday, April 27, at 7 p.m. in the Historic Corona Civic Center. Admission is $40, and $10 for students. Dessert will be served by students from Loma Linda University’s Dental Hygiene program. If you are interested in attending the concert or in making a donation, mail checks payable to ACS Relay for Life, care of Vern and Colleen Whitt, 4069 Inverness Drive, Corona, California 92883. 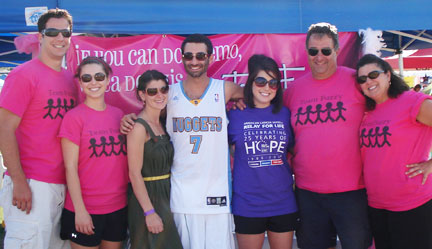 After two bouts of leukemia, Raeleen looks at life much differently than she did as a young teenager. “I try not to take things for granted. I am thankful, and I try to stay positive. I am very happy to live life—it is different from what I expected.  I am free to be myself and to accomplish what I believe God wants me to do. I am open to try new things and to take some small risks because I have been through the worst of life. I am not afraid. I treasure life more because I have seen how fleeting it can be, how life itself is out of our control.”

“I will not allow my pain to be wasted. I can hardly wait to become a nurse! 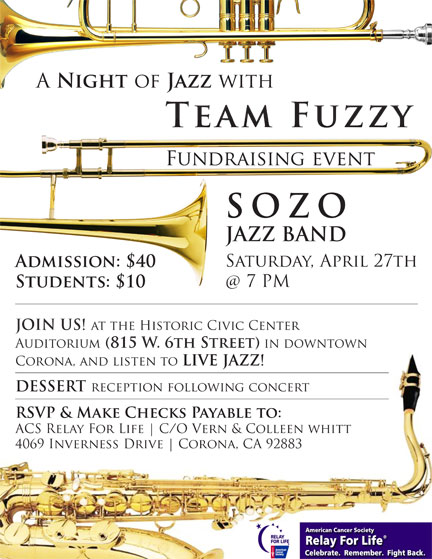