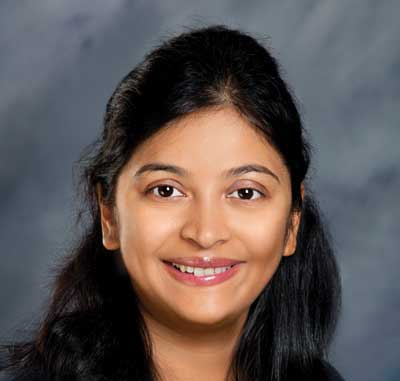 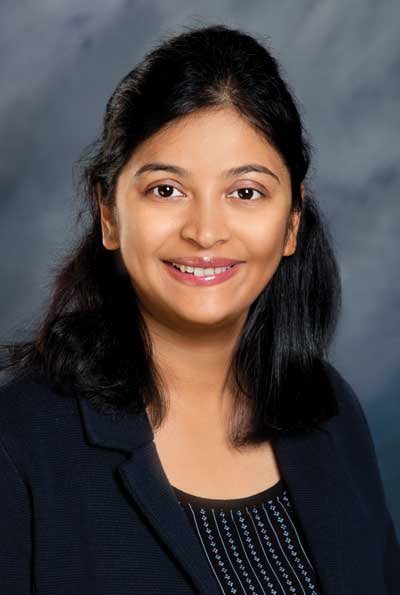 Dr. Grandhi earned a Bachelor of Dental Surgery (BDS) degree in 2002 from Rajiv Gandhi University of Health Sciences in India and then her DDS from University of Southern California, Los Angeles, in 2006.

Upon graduation from dental school, she moved to Cleveland, Ohio, where she practiced privately as an associate dentist and managing clinic director until 2009. She then began a three-year residency program in oral pathology at the New York-Presbyterian/Queens hospital, Flushing, NY—the first and longest running hospital based oral and maxillofacial pathology program in the country.

Dr.Grandhi is married to Ravindhra Mamilla, MD, an obstetrician and gynecologist with Kaiser Permanente Fontana Medical Center, and the mother of a two-and-a-half-year-old son, Ishaan.

Dr.Grandhi is relieved to be back in a warmer climate where she loves to travel, hike, and spend time with her family. She also likes to sketch and paint.